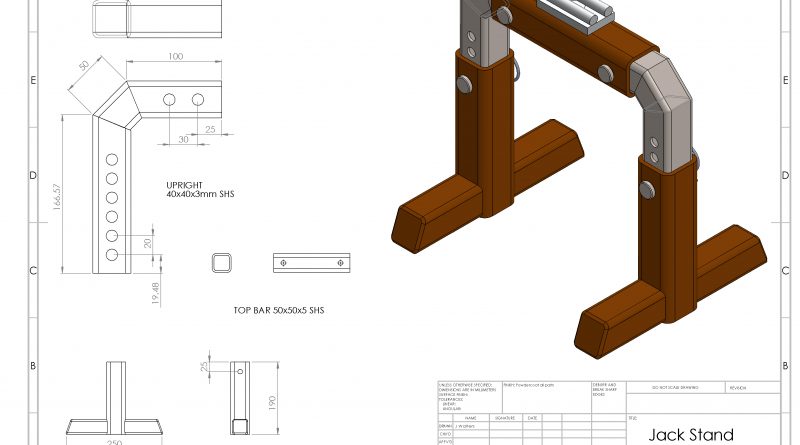 In this post, I share my design for a trolley jack stand.  The concept being that the top tube of the stand is placed on the jack and is lifted with the vehicle being raised.  Once raised the adjustable legs can be fitted and secured with pins.  The jack can then be removed ensuring the vehicle is lifted and supported in one operation. 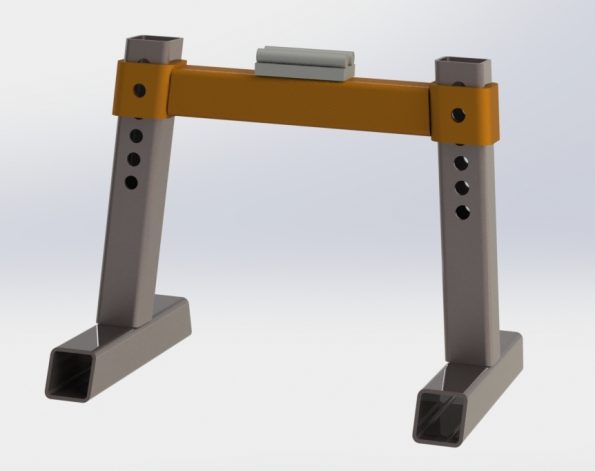 This was my first interpretation, however it became clear that if selecting one of the lower high adjustment points, the top of the leg would likely foul the bodywork of the vehicle being raised.  Quite obvious to me now, but I didn’t think of it until the model was completed.  It goes to show how useful (and ultimately time saving) 3d modelling can be when developing ideas. 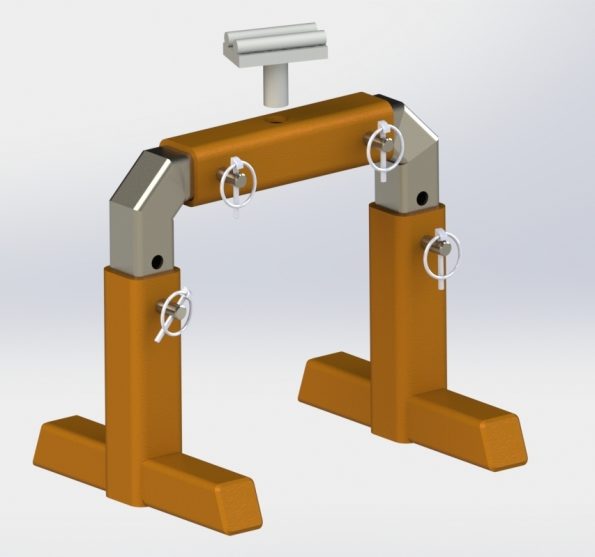 My solution was to make the legs in two parts, with the height adjustment being achieved being achieved as before (with pins), but this time the top surface of the stand is uninterrupted.

The jacking point mount is free to rotate so that the position of the stands can be adjusted to suit the optimum position under the vehicle.  It is also replaceable, allowing alternatives to be fitted which will suit the nature of the load being supported, for example a ‘V’ style under axles, or a rubber-faced plate below painted components.

This design is just a work-in-progress, but I’ve included a drawing below with the basic dimensions as shown in the images here. 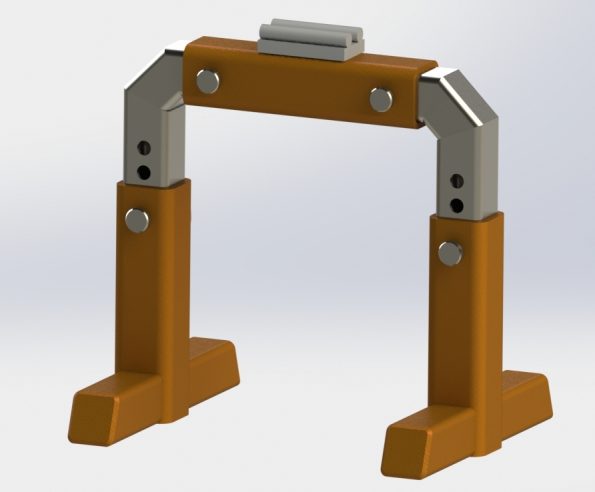 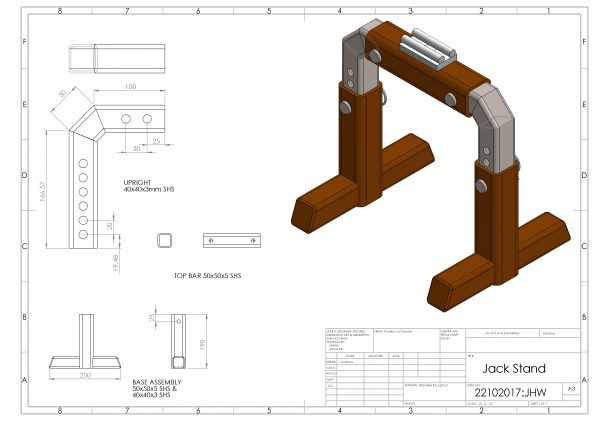 As always, your thoughts and comments can be left via the comment box below.